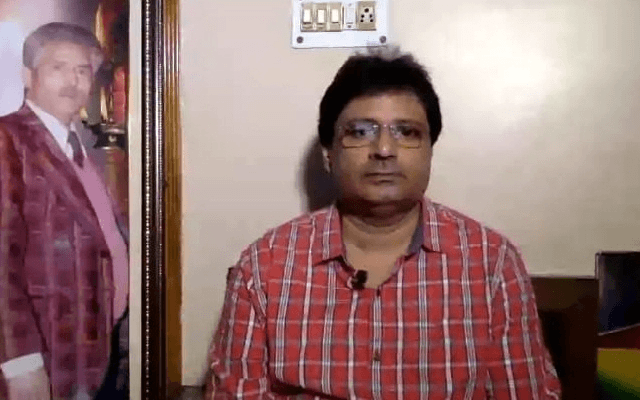 New Delhi: Justice continues to elude Ashutosh Taploo, 32 years after his father was slain by terrorists.

Ashutosh lost his father Tikalal Taploo, one of the tallest BJP leaders in J&K, to terrorists’ bullets in Srinagar on September 14, 1990. Since then, Ashutosh has been struggling not only to get the perpetrators identified, booked and tried, but also for that last proof of existence — the death certificate.

It has been 32 years and he has still not got the document.

More shocking is the fact that despite being a highly discussed case, an FIR was never registered.

“My father was killed in broad daylight. I was studying in Delhi then. Because of security issues, I could not go to Srinagar. There is no FIR, and my father’s death certificate has not been provided to me. I have written many times… Now, I have stopped pursuing it,” Ashutosh said.

He added, “I am at loss to understand why no FIR was filed, why the death certificate has not been issued. I have no answers. Now, I no longer seek any answers… I have just stopped.”

Tikalal Taploo’s assassination is one of those terror crimes in Kashmir which have often found mention on the national and international platforms.

Tikalal lived in downtown Srinagar and was a known name in the city for his helping and down-to-earth attitude. He was one among those Kashmiri Pandit leaders who had wide acceptability among the Muslim majority. Despite being an RSS member and a BJP leader later, his popularity as a helping Kashmiri fellow was more weighing than his political inclination.

“My father was a lawyer. He used to take up cases of poor people, a majority of them Muslims, for free. Even today I cannot understand why he was killed,” Ashutosh said.

In 1989-1990, the maximum number of targeted killings against Kashmiri Pandits were carried out.

Tikalal was gunned down in broad daylight near his home in Chinkra Mohalla in Srinagar. His was the first major killing of a Kashmiri Pandit leader.

“My father was killed because he was the most audible voice against the violence and the divisive agenda. His killing did what the brains behind the terror violence in Kashmir wanted — kill the leader to scare thousands and that is what happened. Mass exodus happened after four months,” Ashutosh said.

“Remembering those days now no longer brings tears, but sometimes anger, disgust and fear also. My father was known to all the big leaders then. I refused to take compensation. Advaniji has been very sympathetic. I still have the letter from the Home Ministry in early 2000. It was about giving a DDA flat out of turn, and said it was compensation and also demanded the submission of the death certificate. I refused… First there is nothing that can compensate my father and I also did not have the death certificate,” he added.

“There is no justice for people like me,” Ashutosh said, with tear in his eyes.