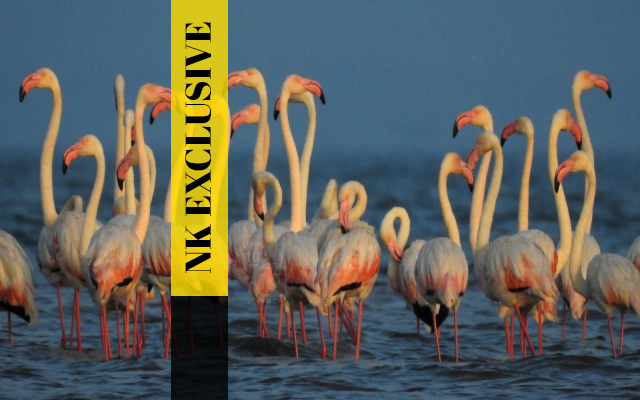 Vijayapura: It is yet another disappointing year for the birders as due to incessant rains and floods in Krishna and Ghataprabha River basins, the Almatti backwaters (Lal Bahadur Shastri Water Reservoir) has failed to attract the migratory birds in large numbers.

It is for the third consecutive year that the Almatti Dam backwaters witnessed a very poor population of migratory birds, which disappointed hundreds of bird enthusiasts.

“I had visited the backwaters of Almatti Dam in search of migratory birds at least thrice in the last two months but there were no signs of foreign birds. In the previous year, there were very few species of birds. It was a disappointing year for me as a wildlife photographer. I am hoping that atleast in the next season we might witness a good number of migratory birds,” said wildlife photographer Manjunath.

Almatti backwaters have a unique ecosystem stretching for more than 70kms along the Krishna River. Plovers, waterbirds, different species of ducks, Kentish plovers, black-tailed godwit, brown-headed geese, Demoiselle crane, Flamingos, which is the most attractive bird, and many different birds come here every season.

Samad Kottu, a wildlife enthusiast, pointed that, “The excessive rainfall might be the reason for the scattering of migratory birds. The birds prefer breeding-friendly environments but due to heavy rains the mud patches or islands, which are breeding-friendly sites, might have remained submerged in the peak season. This is one of the main factors for the poor population of migratory birds witnessed this season.”

“Apart from this, it is also important to regulate the fishing like restricting zero net fishing in the backwaters because fishes are the main foods for the migratory birds. If birds feel that there is a lack of food available then they might prefer other places for breeding. It also impacts the population of migratory birds. The government has to consider this seriously and roll out environment-friendly policies.