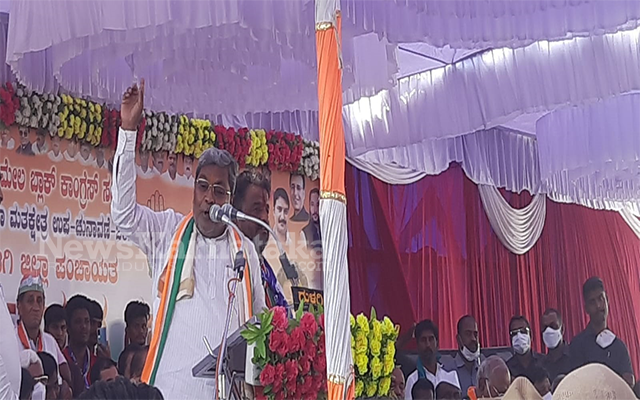 Vijayapura: Holding the Modi Government responsible for the steep rise of the unemployment in the country, Former Chief Minister and Leader of the Opposition Siddaramaiah said that today the youth cannot even earn their living preparing oakodas as the prices of edible oil has increased significantly.

Taking a jibe at Prime Minister Narendra Modi, who had told in an interview that making pakoda is also one of the employments, Siddaramaiah sarcastically remarked that youth can’t take up the business in today’s times because of the huge cost of edible oil.

Addressing a public rally at Moratagi Village of Sindagi Taluk during the election campaign on Monday October 18, he appealed the people not to vote for such government which has made the lives of people miserable.

Stating that the BJP did not come to power in the State by following a democratic way, Siddu said that Former Chief Minister, B. S. Yediyurappa has always became the CM by taking a backdoor entry. “BJP has given the worst Government in the State and Yediyurappa never became CM by following democratic way as he became CM only by illegal means,” he alleged. He said that only by destabilising the coalition government and buying Congress, and JD (S) MLAs, the BJP formed the government in the State.

Terming Basavaraj Bommai as the Chief Minister appointed by the RSS, Siddaramaiah alleged Bommai of being partners in looting the State. “It was Yediyurappa and his son who looted the State, and entire BJP is doing this, in which Bommai is also one of the partners,” he said.

Referring to one of the photo of police staff of Rural Police station wearing saffron shawl during Vijaya Dashami festival, Siddaramaiah alleged the BJP of trying to saffronise even the Police Department.

Claiming that the Congress government implemented several welfare schemes, he alleged the BJP government of stopping all such schemes. “Let the BJP list out their welfare programmes and we will also give a detailed list of the projects we launched,” he said.

Alleging that the BJP government has failed in handling Covid situation, Siddaramaiah said that even today, the government has not paid any compensation to the families who have lost their members to Covid.

“If we were in power, we would have given at least Rs. 10,000 to poor people who suffered due to lockdown and Rs. 4 lakh to each family that has lost their members to Covid,” he said. 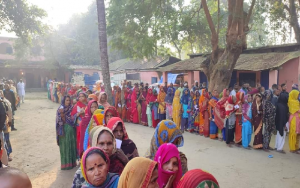