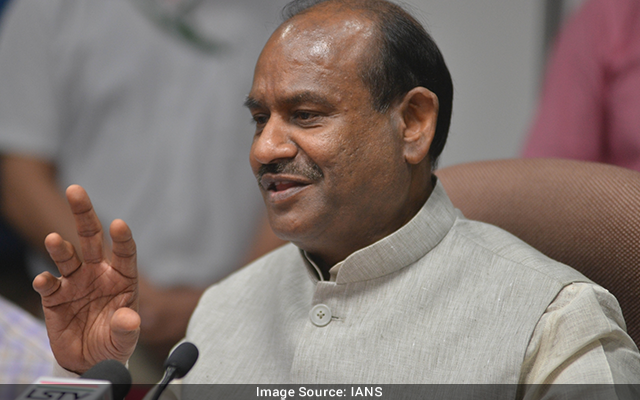 Bengaluru: The Karnataka Congress party has decided to boycott the joint session address by Lok Sabha Speaker Om Birla scheduled to be held on Friday September 24 in the state Legislative Assembly hall.

The Congress party has stated that it is against the principle and spirit of the constitution and the ruling BJP is violating the highest tradition in the state by organising the address of Om Birla to both members of the Legislative Assembly and Legislative Council.

The theme of Birla’s address will be ‘Democracy – Safeguarding democratic values’. It will be the first time that Birla will be addressing the joint session of the two Houses of a Legislature. The address is at 2.30 p.m. on Friday.

“If they want to have, they can organise the address at the Banquet hall in Vidhana Soudha. But, the speaker had refused it. They (ruling BJP) have not taken us into confidence. The Vidhana Sabha (Legislative Assembly) can’t be used for political activity,” Shivakumar explained.

“The Speaker’s address to the joint session is unwarranted. In the history of the Karnataka legislature, no such precedent is there. Only the President of India and the Governor of the state can come and address. We condemn it. We wanted it to be organised in the Banquet Hall, now the ruling BJP wants to hold it in the Assembly session which is against the constitution and against the rules of democracy,” he said.

“The subject of the joint session speech is ‘Democracy – Safeguarding parliamentary values’, which shows that the parliamentary and democratic values have gone down and are not in a good shape. Who is responsible for the development is the question which needs to be addressed. So, the Congress party and leaders of both the Houses have decided to boycott the address by the Speaker of the Lok Sabha,” Shivakumar said.

The special address is being planned on the concluding day of the 10-day Monsoon Session, to commemorate 75 years of India’s Independence.