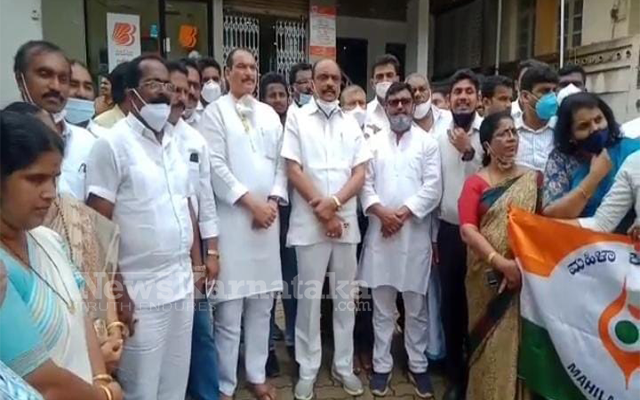 The protest was held here in Congress Bhavan at Mallikatte. Minister Shashikala Jolle was alleged for seeking money during tendering the procurement of eggs for distribution to lactating mothers and children of Anganwadis of the Kalyana Karnataka region.

The protestor demanded a probe against Shahikala Jolle and asked for an immediate resignation from her .

Ivan D’souza, other congress leaders, and party workers participated in the protest.