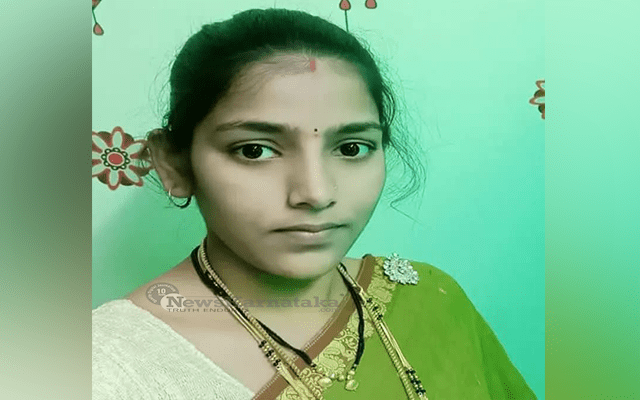 Chamarajanagara: A Gram Panchayat Development Officer (PDO) died by suicide at Bastipura in Kollegala of the District on Tuesday March 15.

It is said that PDO Vidyashree was married to Anand, a PDO in Hanur just three years ago and the couple have 9-month-old baby. According to  complaint filed by Vidya’s father Chidanand, husband Anand was torturing her daily to bring more dowry and suspected her fidelity. Unable to bear the torture she resorted to suicide by hanging herself from roof, it is alleged. Further, he alleged that Anand’s family members murdered her and it was not a suicide.

Kollegala Police has registered a case and arrested Anand and his father Shyam. They are being interrogated.