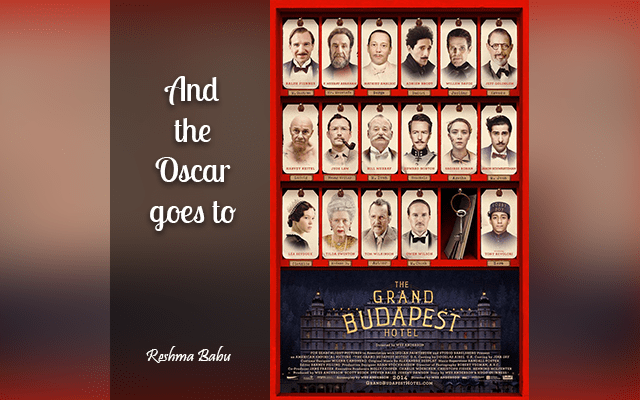 Wes Anderson’s eighth directorial feature, The Grand Budapest Hotel (2014), is one of the most beautiful films he has ever made. It is impressive to note that the audience will be fascinated by the visual beauty throughout the film. As central characters, we have Zero played by Tony Revolori, who is a refugee from a war-torn country looking for work at the famous Grand Budapest Hotel. There he meets Gustave H., the hotel’s concierge (Ralph Fiennes). Gustave is known for having an illicit relationship with the hotel’s elderly guests, the most famous of which is Madame D. (Tilda Swinton), who is murdered, setting the plot in motion.

As war and fascism approach in the town of Zubrowka, Zero and Gustave become something of an odd pair as they become engaged in the mystery of Madame D.’s tragic death, in a clear reference to the emergence of Nazism in the 1930s. When it comes to the film, it does a good job of allowing its wide cast of supporting characters to thrive, the film unquestionably belongs to Ralph Fiennes and Tony Revolori. Desplat’s score is one of his best, and it rightfully earned the Academy Award for Best Original Score. The score is appropriate for the film’s setting and time.

The film’s two time periods, the 1960s and the 1930s are lit differently, and the production design choices are also different. The shots have slightly harsher light and more reds or pinks colour cast for the 1930s. The image appears to be warmer in the 1960s, with yellows and oranges dominating.

See also  The Pianist: A heartening tale of survival 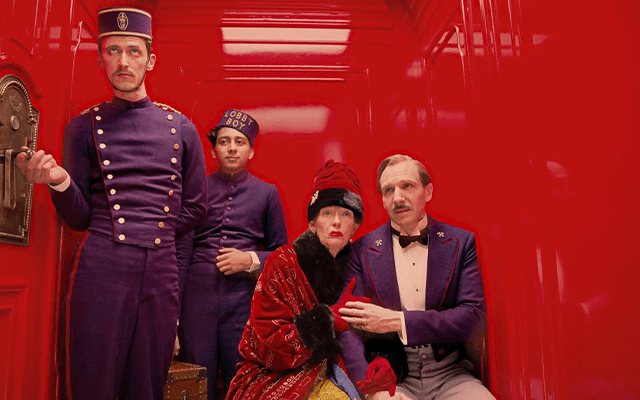 When it comes to framing, Wes Anderson’s framing is consistent throughout the film. Many symmetrical compositions and shots are used to portray the viewpoint of a single character in a film. There are a lot of straight-on shots and wide-angle lenses are used a lot.

The fact that Wes Anderson created the entire world inside and out is what makes The Grand Budapest Hotel so astounding. Everything we see on the screen is his work. Newspapers, currencies, bus lines, and pastry box designs are just a few examples. The Grand Budapest Hotel is a stylistically pleasing film but it falls short of evoking strong emotions. At the time you feel that the film is too long. The film may ignite our interest now and then but it soon fades away. It is, nonetheless, a good film worth seeing only to see how the director built a fantastic world like The Grand Budapest Hotel and its central characters.