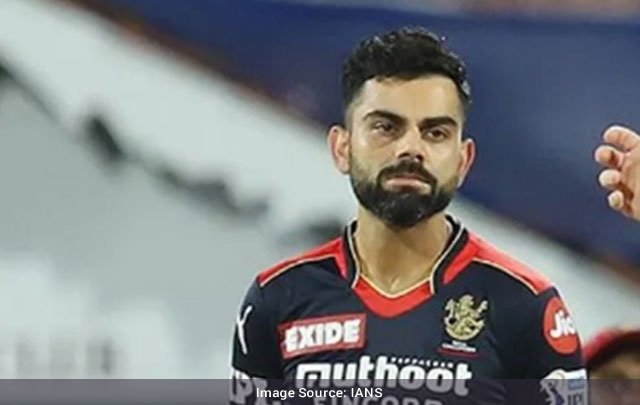 New Delhi: Virat Kohli has achieved several milestones as a batter. When he’s facing deliveries, commentators and cricket pundits alike go gaga over every single shot that comes from his bat. However, when it comes to Captain Kohli, accolades turn into severe criticism quickly, especially in ODIs and T20s.

One of the biggest criticisms of Kohli has been his decision-making. It has played a major role in deciding the outcome of his team’s campaigns. The 32-year-old can never claim to have mastered the art of captaincy in white-ball cricket.

On Monday, the stylish cricketer played his last match for the Royal Challengers Bangalore (RCB) as a captain. The Red Devils lost a close contest to Kolkata Knight Riders in IPL 2021 Eliminator in Sharjah. This ended the hopes of RCB to win the cup under Kohli’s captaincy.

But even before the first ball was delivered, Captain Kohli was at the receiving end of the critics. They questioned his decision to opt to bat first on a sluggish surface which also offered turn.

They kept raising doubts throughout RCB’s innings. In the end, Bangalore could manage just 138 runs in 20 overs. This is the end of Kohli’s captaincy and now RCB would look to regroup and restructure next year. That’s when the auction takes place.

Earlier,  the 32-year-old batsman had announced his decision to give up captaincy duties by the end of the season.

In his last match as RCB skipper, Virat again came up with a sub-par 39 runs in 33 balls. His innings ended when he was clean bowled by Sunil Narine.

“(Last season as RCB captain) I have tried my best to create a culture where youngsters could come and play expressive cricket. It’s something I have tried to do at the India level as well. All I can say is that I have given my best,” said Kohli after the match.

“I have given my 120 per cent to this franchise.  I will continue giving it as a player on the field. It’s a great time to regroup and restructure the franchise for the next three years. I will definitely (play for RCB). For me, loyalty matters and my commitment is with this franchise till the last day I play IPL.”

Virat has performed tremendously for RCB as a batsman, but Captain Kohli could not win a single title for the team. He was made the captain of the team in 2011 after New Zealander Daniel Vettori. Since then, he has captained the side in 11 seasons, but the team could not become the champion and Kohli will definitely be pained by that.

RCB’s best performance under Virat’s captaincy was in 2016 when the team emerged runners-up and, during that season, Kohli scored more than 900 runs with four centuries.

Under his captaincy, RCB has played a total of 140 matches in the IPL, in which the team has won 64 matches and lost 69.

With the ICC T20 World Cup starting in less than a week’s time, Virat would be looking to get his hands on this trophy, his last assignment as India’s T20 skipper. India’s winning percentage under Virat is better than MS Dhoni’s tenure during which the side won the inaugural T20 World Cup in 2007. India have won 27 out of 45 matches under Kohli with two tied games and as many abandoned, making it a healthy winning percentage of 65.11.