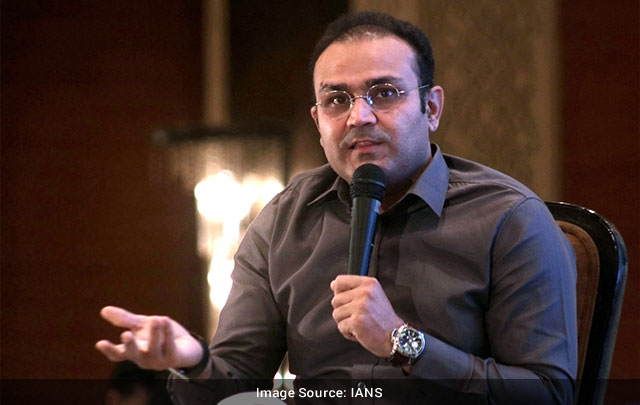 New Delhi: Despite the Indian Premier League (IPL) 2021 final not being held as per schedule on Sunday, May 30 remains special in the league’s history, especially for hard-hitters like Shane Watson and Virender Sehwag.

Seven years ago, Sehwag hammered 122 runs to lead Punjab franchise (then known as Kings XI Punjab) to their only final in IPL history.

Opening the batting in Qualifier 2 of the 2014 IPL edition against heavyweight Chennai Super Kings (CSK), Kings XI made 226 for six in 20 overs with Sehwag leading the charge, hitting 12 fours and eight sixes in his 58-ball knock.

He added 110 for the first wicket with Manan Vohra in 10.4 overs and by the time he was dismissed in 19th over, Kings XI had reached 211 for three.

It was the second of Sehwag’s two hundreds in IPL. His first, a 119, came in the 2011 edition against the Hyderabad franchise.

CSK could respond with just 202 for seven in 20 overs. Suresh Raina scored 87 off 25 deliveries for CSK but couldn’t take the team over the finish line as others in the top-order failed.

Exactly six years before Sehwag’s knock, Watson had made a 29-ball 52 to lead Rajasthan Royals (RR) to the final of the inaugural edition in 2008. Watson hit four fours and three sixes in the first semi-final against Delhi franchise (then known as Delhi Daredevils).

Watson’s 52 helped RR make 192 for nine in 20 overs. He later took three wickets for 10 runs as the Delhi franchise was skittled out for 87 leaving RR with a 105-run win.