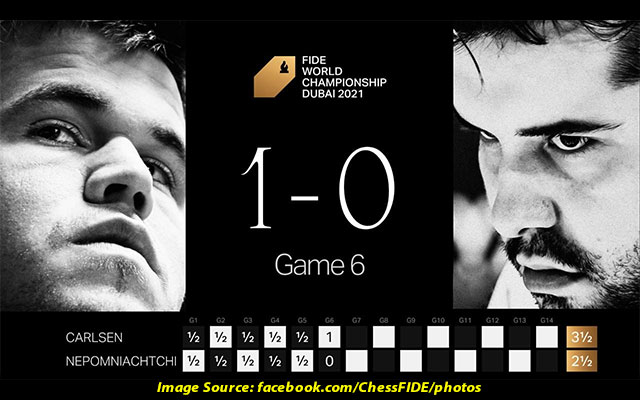 Dubai: The sixth game of world championship matches has a history of being dramatic and unusually decisive. Today’s game was the longest ever played in a title match.

The unique 14-game format of the 2021 FIDE World Championship means that there is no easy spot to stop and play the game of drawing halfway mark conclusions.

After game 7, we’ll have had a lopsided half, with challenger Ian ‘Nepo’ Nepomniachtchi enjoying an extra game with the white pieces and advantage of the first move, and we would be comparing the action to the coming mirror version.

Game 8 is probably the best time to get a symmetric look back, as it will mark a full set of three blocks of play, 3-2-3.

Since the match is two games longer than normal, rest days have been trimmed down to keep the event the same length, so we need to wait until after game 8 to have seen each player try this new segment with an extra white out of the trio of games.

Although it’s too early to investigate all the nuances, the word on the street, or in the Dubai Exhibition Centre, is that Team Nepomniachtchi and their supporters are feeling like the challenger has an abstract lead after five games, and it isn’t hard to find discussions in print or online that agree.

The two previous games have reversed the early sense that champion Magnus Carlsen has been the better prepared of the two, and in the fifth game Nepo achieved the holy grail of deeper preparation, an advantage on the clock, and a safe but dangerous superiority on the board.

War of nerves Weighing up these not entirely tangible victories, there is also the tricky equation of game 2, where Carlsen clearly detonated a dangerous surprise weapon, but his childhood nemesis of an opponent managed to turn the tables and was the only one who had serious winning chances.

The game broke the record for the longest game in a world championship, previously set in 1978 in Baguio City,
Philippines, when challenger Viktor Korchnoi stalemated title-holder Anatoly Karpov on the 124th move.

By Courtesy of the Official Website of the FIDE World Championship 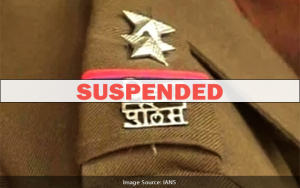 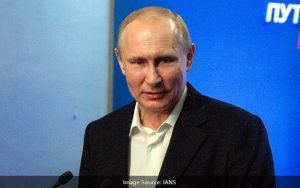