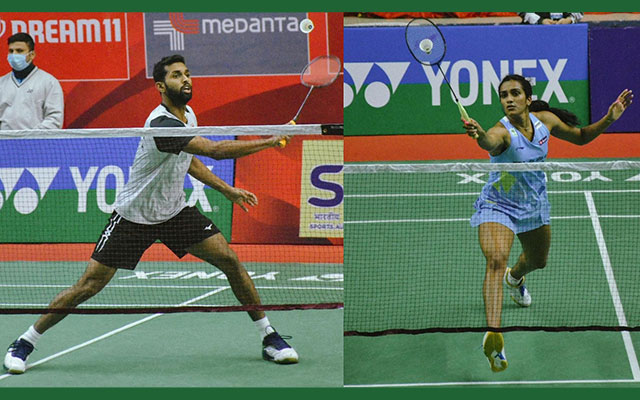 Sindhu made it to the women’s singles final with a hard-fought win over Thailand’s Supanida Katethong. The former world champion beat Katethong 21-18, 15-21, 21-19 in the semi-final contest, which lasted for one hour and 19 minutes at the St Jakobshalle Arena.

The Indian ace, ranked seventh in the badminton world rankings, faced a strong challenge from the 29th-ranked Supanida Katethong in the first game. But powerful smashes from Sindhu, coupled with some unforced errors from Katethong, helped her take the opener in 21 minutes.

Katethong responded strongly in the second game by targeting the left side of Sindhu, an area the Indian has clearly struggled with. Despite a late surge by Sindhu, Katethong was successful in forcing a decider.

Both players went toe-to-toe in the final game, with Sindhu holding a narrow 11-10 lead before the change of ends. With Sindhu leading 16-13, Katethong produced another comeback to shift the momentum in her favour, turning the three-point deficit into a 16-18 lead.

The Indian, however, held her nerves to pocket five of the next six points and win the match. Sindhu will now face another Thai shuttler, Busanan Ongbamrungphan, in the final.

Meanwhile, in the men’s singles semis, HS Prannoy registered a win over Tokyo 2020 bronze medallist Anthony Ginting of Indonesia to reach his first BWF World Tour event final since 2017. Prannoy, a Commonwealth Games medallist, took the opening game but went down in the next before winning the final game and, with it, the match. The scoreboard read 21-19, 19-21, 21-18.