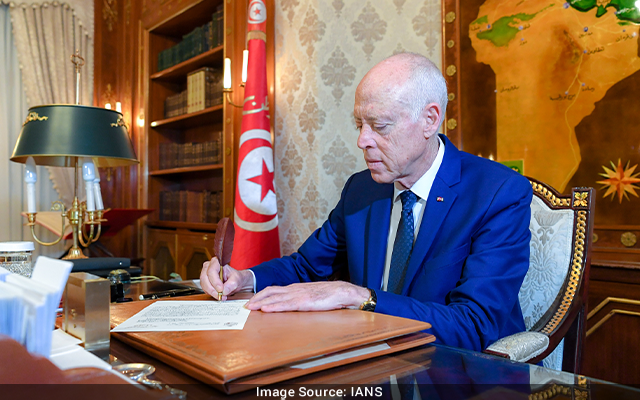 Tunis: Hundreds of Tunisians held on a massive demonstration in the capital city to show their support for the country’s President Kais Saied and calls for more changes in the political system.

Several political parties, including Popular Movement, Alliance for Tunisia and the Popular Current, participated in this demonstration to support the president.

Tunisia has been mired in a social and economic crisis that has been worsened by the ongoing Covid-19 pandemic.

On July 25, Saied announced that he had removed Hichem Mechichi from the post of Prime Minister and suspended all activities of the Tunisian parliament.

Tunisia’s Islamist party Ennahdha (Renaissance), the first majority party in Parliament, rejected the presidential decree to continue suspending the parliament, citing that it “constitutes a real suspension” of the 2014 Constitution.

BTS ‘Iravin Nizhal’ video to come before screening of film