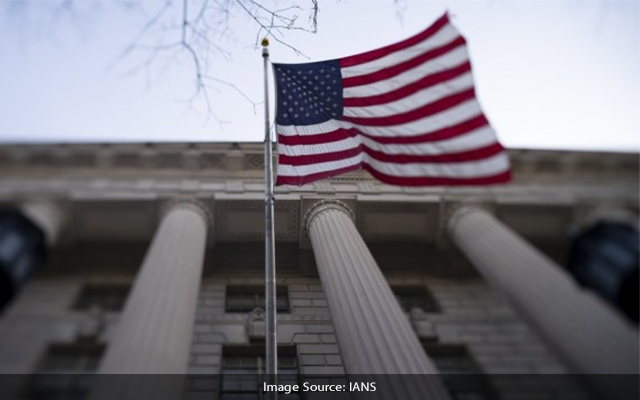 New Delhi: A bill moved in the US Senate seeking to assess Pakistans alleged role in Afghanistan before and after the fall of Kabul to Afghan Taliban set alarm bells ringing in the upper house of Pakistan parliament, Dawn reported.

Raising the issue of the anti-Pakistan bill that aims to penalise and sanction different countries, Pakistan Peoples Party parliamentary leader in Senate and chairperson of the Senate Standing Committee on Foreign Affairs Senator Sherry Rehman said Pakistan was faced with a moment of serious peril after the hasty pullout of US forces from Afghanistan.

Referring to the Afghanistan Counterterrorism, Oversight, and Accountability bill moved by 22 Republican senators, Senator Rehman regretted the US left Afghanistan under a deal that it had directly made with the Taliban yet it was pressing Pakistan to take responsibility for whatever was happening in Afghanistan.

“What is happening to Pakistan is actually worse than what has happened before,” she remarked, the report said.

Mentioning that the bill directly targeted Pakistan, she said it was not the US administration’s policy bill but it was important as it could gather critical mass. “It also points to a rise in toxic sentiments about Pakistan on the Hill, which many of us have worked very hard to reverse,” she observed.

Noting that a smart policy was about anticipating challenges and tackling them with unity and rational response, she said that at least a beginning should be made to address the threats. Section 202 of the bill directly mentions Pakistan and calls for an “assessment of support by state and non-state actors, including the government of Pakistan, for the Taliban between 2001 and 2020.”

“They are clearly saying that the government of Pakistan has supported the Taliban but it’s disappointing to see that no one has actually put it to the parliament for shaping collective responses nor dispelled disinformation that is damaging and painful,” she added.