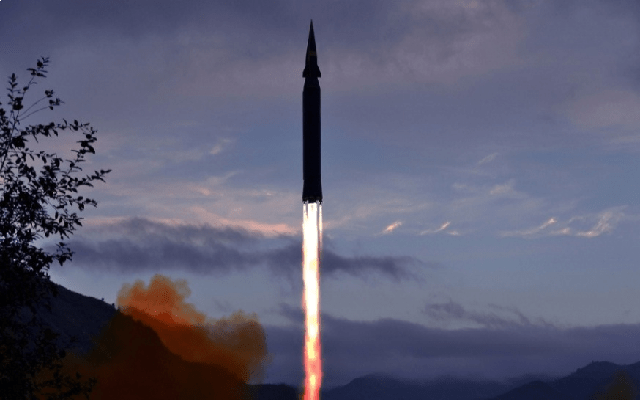 Washington: The US, Britain and Australia have announced that they will cooperate on developing hypersonic missiles.

In a joint statement issued on Tuesday April 5 after conducting a review of the trilateral defence cooperation, US President Joe Biden, British Prime Minister Boris Johnson and Australian Prime Minister Scott Morrison said: “Committed today to commence new trilateral cooperation on hypersonics and counter-hypersonics, and electronic warfare capabilities, as well as to expand information sharing and to deepen cooperation on defense innovation.”

The leaders of the three nations, which formed a security alliance known as AUKUS in September 2021, said the newly announced areas of cooperation “will add to our existing efforts to deepen cooperation on cyber capabilities, artificial intelligence, quantum technologies, and additional undersea capabilities,” Xinhua news agency reported.

When the three nations announced the creation of AUKUS, under which the US and Britain promised to arm Australia with nuclear-powered submarines, France considered it “a stab in the back”, because Canberra abruptly abandoned a conventionally powered submarine deal with Paris without prior notice.

In addition, AUKUS also created fears about arms race among great powers that will destabilise the Southeast Asian region.

Shortly after the establishment of the alliance, the Indonesian Foreign Ministry said it was “deeply concerned about the continuing arms race and power projection in the region”.

Around the same time, Malaysian Prime Minister Ismail Sabri Yaakob said that the nuclear-powered submarine project could “provoke other powers to take more aggressive action in this region.”