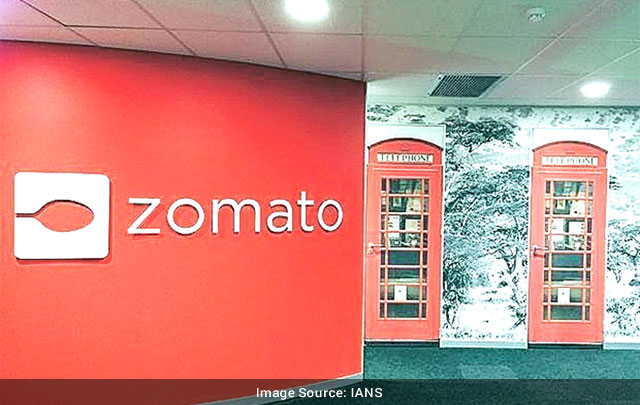 Besides, expectations of healthy quarterly results and encouraging response to Zomato’s debut pushed the market’s higher.

In addition, Zomato’s stocks debuted with a healthy rise of 68 per cent from issue price.

Post the stellar debut, the market capitalisation of Zomato is around Rs 1 lakh crore. Currently, it is at Rs 96,103.45 crore.

Amongst sectors, Realty, IT and Metal traded in the green.

“Indian equities indexes were trading moderately in the green in late morning transactions, alternating between positive and negative terrains. The Ministry of External Affairs stated that India has been in contact with other nations about the potential of importing vaccines to boost domestic manufacturing, which traders found encouraging,” said Likhita Chepa of CapitalVia Global Research.

“Traders also noted Deputy Governor T. Rabi Sankar’s statement that the RBI is working on a phased rollout of its own digital currency and is considering trial projects in wholesale and retail segments in near future. Investors digested dismal economic statistics showing the country’s failure to get past the COVID-19 outbreak, while yields on safe-haven assets such as US Treasuries fell.”

According to Jay Purohit, Technical and Derivatives Analyst, MOFSL: “Nifty opened positive but slight pressure can be seen at current zones. Market can be seen moving in a consolidation ahead of the monthly expiry. It is respecting its support zones and declines are being bought.”

“Volatility has also cooled down thus supporting the bulls to sustain at higher zones. Market breadth is in favour of the declining counters on account of profit booking decline.”

TRANSLATE with x
English
TRANSLATE with
COPY THE URL BELOW
Back
EMBED THE SNIPPET BELOW IN YOUR SITE
Enable collaborative features and customize widget: Bing Webmaster Portal
Back

Bengaluru Metro’s TBM ‘Urja’ set for breakthrough in a week

Charanjit Singh Channi to be next CM of Punjab