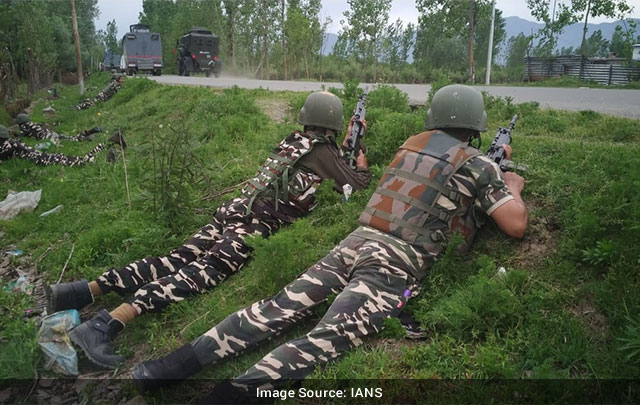 Srinagar: Two terrorists were killed and a soldier was injured in an encounter between terrorists and security forces at Mitrigam area in south Kashmir’s Pulwama district, said police officials on Thursday April 28.

Earlier, the police added that a group of two to three terrorists were holed-up and the priority was to prevent collateral damage and to evacuate the civilians.

The firefight between terrorists and security forces took place after a joint team of the police and the security forces cordoned off the area and launched a search operation on the basis of specific information about the presence of terrorists.