New Delhi: Mukesh Kumar Meena, the police officer appointed to head Delhi’s Anti-Corruption Bureau or ACB, must be allowed to access his office, the Delhi High Court said today, ruling against the government of Arvind Kejriwal.

Chief Minister Kejriwal, whose government is in the midst of a vigorous war for control with the Lieutenant Governor, had already handpicked a candidate for ACB chief, SS Yadav, another senior police officer. Mr Meena outranks Mr Yadav.

Last week, Mr Yadav accused Mr Meena of threatening his life, while Mr Kejriwal and his ministers alleged that Mr Meena has been soft on tackling graft.

Mr Kejriwal’s government had asked the High Court to restrain Mr Meena from entering the office of the ACB chief. That plea was turned down today. The court is hearing a case that challenges the Lieutenant Governor’s right to appoint top officials in the capital.

Chief Minister Arvind Kejriwal has said that amounts to an encroachment of his powers and authority.  However, the Centre has emphatically backed the Lieutenant Governor, who serves as its representative in Delhi.

The Kejriwal government has said Mr Meena’s appointment is illegal. In a letter asking him to revert to his Delhi Police assignment, the state government had said there was no position in the ACB for Mr Meena to fill.

But the senior cop had shot back a letter saying he had already taken over as ACB chief and threatened legal action if he was stopped from attending work. 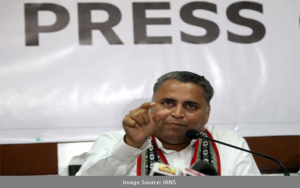 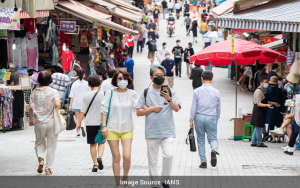