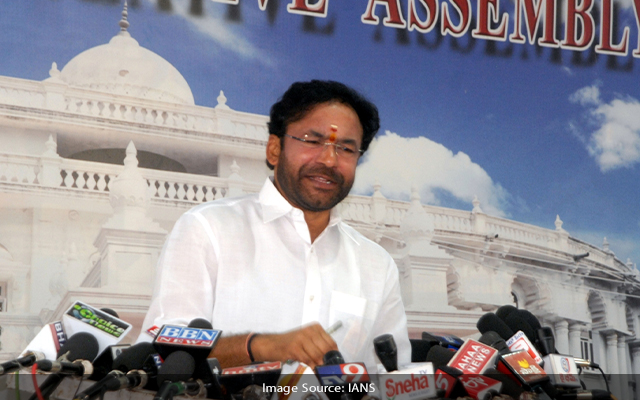 The 12th-cenury temple is located at Palampet in Mulugu district near Warangal.

The minister thanked the Prime Minister on behalf of the nation, particularly from the people of Telangana. “It gives me immense pleasure to share that @UNESCO has conferred the World Heritage inscription to Ramappa Temple at Palampet, Warangal, Telangana. On behalf of the nation, particularly from people of Telangana, I express my thanks to Hon’ble PM @narendramodi for his guidance & support,” tweeted Kishan Reddy.

The minister also took the opportunity to congratulate the entire team of the Archaeological Survey of India (ASI) and also thanked the Ministry of External Affairs.

“I congratulate the entire team of @ASIGoI for their untiring efforts towards making the Ramappa Temple a World Heritage Site. I would also like to thank the Ministry of External Affairs for their efforts under the guidance of Hon’ble PM @narendramodi.”

The Minister observed that owing to the COVID-19 pandemic, the meeting of the World Heritage Committee(WHC) of UNESCO could not be conducted in 2020 and the nominations for 2020 and those for 2021 were discussed in a series of online meeting that are currently underway. The discussion on Ramappa Temple took place on Sunday.

Reddy stated that there were 21 Members in the World Heritage Committee with China currently as the Chair of the Committee and credited the goodwill that PM Narendra Modi built with UNESCO member countries during his tenure.