Vijayapura: It is often seen that VIPs and politicians spend a good deal of money in printing wedding cards for the marriages of their children. However, Former Minister and Congress MLA of Basavanabagewadi Taluk in the District chose a different mode to invite guests. Instead of printing wedding cards to invite people for the marriage of his daughter, Samyukta Patil, he used the media to request people to be part of the memorable event.

“Due to Covid restrictions, I am avoiding inviting people personally, and thus have decided to invite every person of my constituency, leaders of various political parties and all my well-wishers using media as a tool,“ he said.

He said that some people were complaining that he had not invited them personally with an invitation card. “Here I appeal to all such people not to feel offended and please do attend the wedding in the evening of November 29 near Begum Talab area,” he said.

On the occasion, he also informed that to celebrate the wedding of his daughter and hundred years of DCC Bank, he has decided to hold a mega mass marriage at the same place possibly in December.

Patil said that he wants to make both the occasions memorable, and therefore has decided to hold mass marriages of people of different communities.

“Many people could not get their children married because of the financial constraints caused by Covid pandemic. I want to help such people, and thus have decided to hold a mass marriage. The wedding is open for people of all castes and religions. The interested persons can apply for it. Though I want to get at least 101 couples married even if more people register, they are welcome,” he said.

Patil said that the event will be on a grand scale and unique in its own way. He however refused to divulge more details on its uniqueness saying that it will be informed soon. 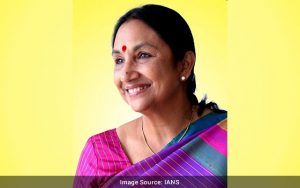