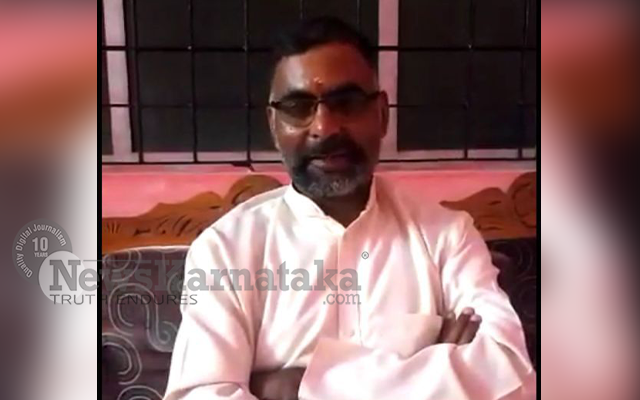 Mangaluru: Akhila Bharata Hindu Mahasabha General Secretary Dharmendra on Saturday September 18 has apologised for his controversial and unconstitutional statement made on Saturday.

Dharmendra at a press conference on Saturday September 18 spoke about Gandhiji’s anti-Hindutva policy and had stated that ‘we have not spared Gandhiji and he was killed for going against Hindus” and warned Chief Minister Basavaraj Bommai would meet the same fate.

However, post case lodged against him, Dharmendra has apologised for using word assassination as it is unconstitutional and clarified that he did not mean to threaten anyone. I apologise for using the word assassination, he said in a video statement and asserted that the Hindu Mahasabha will always stand up for the protection of religion.