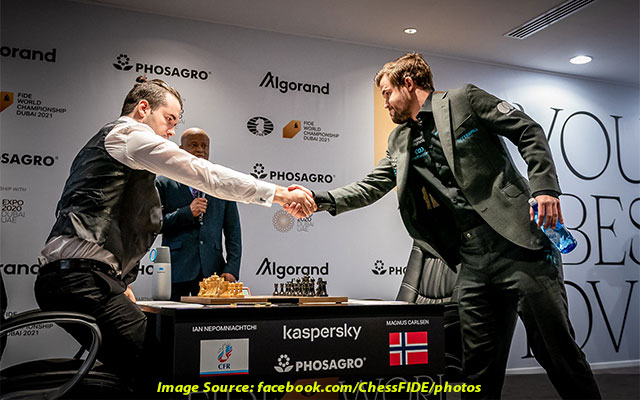 Dubai: The first championship game between Challenger Ian Nepomniachtchi, Russia, and Champion Magnus Carlsen, Norway, was drawn by repetition of moves.  Championship reporter, Jonathan Tisdall, Press Officer FIDE reported on their website that the players fought it out for more than the two hours as the veteran players who provided the commentary could not predict any possible winner at any stage.

India’s Former world champion Vishwanathan Anand summed it up beautifully “A draw is likely, but anything could happen thanks to the tension.”

Upto the 30th move each player appeared to be rigorously playing the game that he had come prepared for playing and there was no indication of any clear cut win. Carlsen managed a real threat at move 33 but by step 40, which the players had to complete in their allotted two hours, their positions balanced out again and the game was drawn at the 45th move. 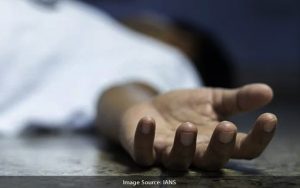