New Delhi: The former commander of US troops in Afghanistan told senators on Tuesday September 14 that he opposed a full withdrawal from the country and advised Pentagon leadership of his position, the top Republican on the Senate Armed Services Committee told reporters after a closed-door briefing with the general.

Gen. Scott Miller, who commanded US and NATO troops in Afghanistan until July, told committee members he had informed Defense Secretary Lloyd Austin, Chairman of the Joint Chiefs of Staff Gen. Mark Milley and US Central Command Chief Gen. Frank McKenzie he was “opposed to the total withdrawal,” Sen. James Inhofe (R-Okla.) said, The Hill reported.

“We heard enough to know that there are inconsistencies between what the administration has said and the truth,” Inhofe added at a news conference with committee Republicans. “Clearly, President Biden didn’t listen to all the military advice given.”

Tuesday’s classified briefing marked the Armed Services Committee’s first meeting on Afghanistan since the Taliban swept back to power in a matter of days in August, sending the the Biden administration scrambling to evacuate as many US citizens and Afghan allies as possible before the president’s deadline for a full military withdrawal by August 31.

Reports have previously indicated military leadership privately advised Biden against a full withdrawal from Afghanistan. But Tuesday’s briefing marked Miller’s first appearance before the committee since 2019, a session that also took place behind closed doors, The Hill reported. 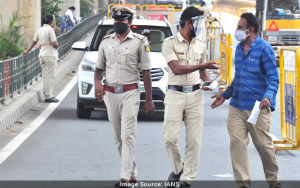