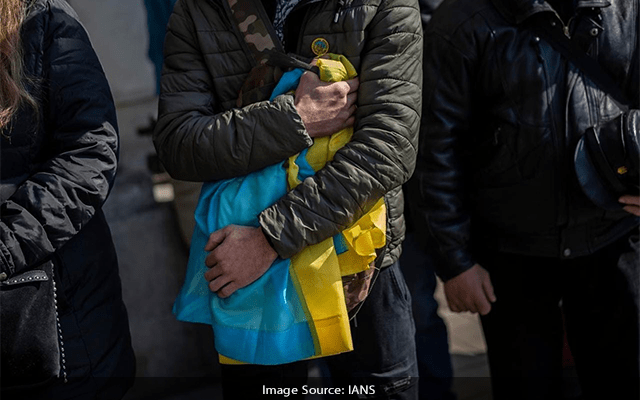 Kiev: Ukraine’s Prosecutor General Iryna Venediktova said that 12 journalists have been killed in the country since Russia began its war on February 24.

In a Facebook post on Saturday March 26, Venediktova said besides the 12 victims, there were 10 other journalists who “have received injuries of varying severity,” Ukayinska Pravda reported.

According to the Prosecutor General, the Unified Register of Pre-Trial Investigations indicates that the Russians have committed crimes against at least 56 members of the media, 15 of them citizens of other countries.

Of the 15, four are from the UK; two each from the Czech Republic, Denmark, the US, United Arab Emirates; and one from Switzerland.

On Friday, during the filming of an evacuation from the bombed and depleted city of Chernihiv, a car with camera crews of Ukrainian 1+1 and Turkish TRT World TV channels came under fire.

Reporter Andriy Tsaplienko suffered a shrapnel wound. An investigation into a violation of the laws and customs of war by Russian forces has been launched.

Venediktova added that the Prosecutor’s office is monitoring the crimes against journalists in cooperation with the Institute of Mass Media.

According to their monitoring, 148 illegal actions have been committed against journalists and media in Ukraine since the beginning of the full-scale invasion.