New Delhi: The Supreme Court on Wednesday May 18 ordered the release of A. G. Perarivalan, a life term convict in the Rajiv Gandhi assassination case.

A bench headed by Justice L. Nageswara Rao invoked the power under Article 142 to release Perarivalan.

The bench noted that his mercy plea kept shuttling between the Governor and the President. On May 11, the Supreme Court reserved its verdict on the plea of Perarivalan, who was sentenced to life imprisonment, seeking premature release from jail after spending nearly 30 years in prison.

The Centre’s counsel supported the Tamil Nadu Governor’s decision to refer Perarivalan remission plea to the President, despite the State Government recommendation to release him.

The top court said if the Centre’s stand is accepted, then the Governor will refer all such matters to the President. The bench queried Centre’s counsel, ‘wouldn’t it go against the federal structure?’ The Tamil Nadu government counsel argued that the Governor’s decision raised a serious problem and the top court should intervene.

After hearing arguments of all parties in the matter, the top court reserved its order on Perarivalan’s remission plea.

On May 4, the top court did not agree with the Centre’s submission that the court should wait for the President to take a call on A. G. Perarivalan’s mercy plea.

Perarivalan filed his mercy plea before the Tamil Nadu Governor in December 2015 under Article 161 of the Constitution, which deals with remission powers of the Governor. The top court on April 9 granted bail to convict Perarivalan, who was serving a life sentence.

See also  Will Priyanka Gandhi get bigger role in Congress after UP polls? 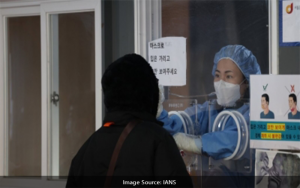