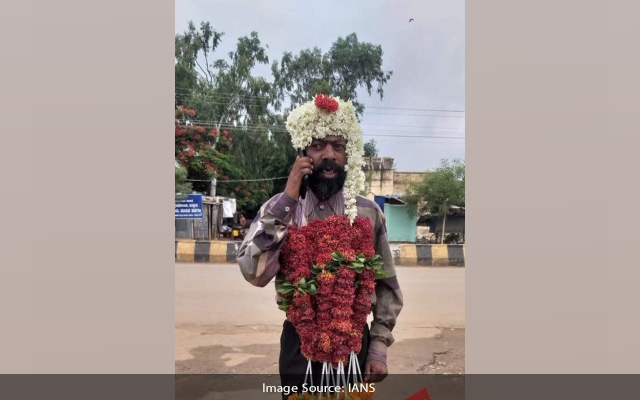 Ballary: Thousands of people turned out to bid adieu to a mentally challenged man, who died in a road accident recently in Ballary district of Karnataka. The videos and photos of the incident have gone viral on social media.

People of Hadagali town near Ballary had a special bond with Basava a.k.a Huchcha Basya, a 45-year-old mentally challenged beggar. They believed it would bring good luck to give him alms.

Hichcha Basya died in a road accident on Saturday and his final rites were conducted on Sunday. Thousands attended his funeral and people even put up banners in the city.

His body was taken in a procession with music being played by a band on the arterial roads.

Many recounted their bond on social media. They said that Huchcha Basya addressed people as “appaji” (father). He took only Re 1 as alms from a person and returned the excess amount. He would not take more money even if forced.

He was known to former Deputy Chief Minister late M.P. Prakash and former Minister Parameshwara Naik and spoke to all politicians without any hesitation and with innocence. He was seen as a good luck charm and everyone respected him.