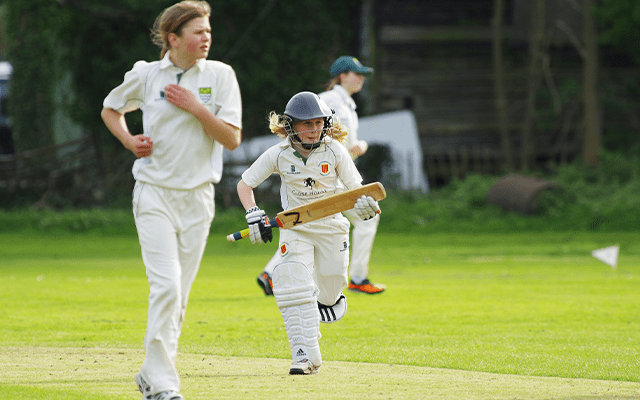 India is enthusiastic about various sports, ranging from hockey, basketball, football to kabaddi. Just name it. However, it is quite a different case entirely for cricket. Cricket means more than a sport to Indians; its adoption is enormous in the country, and as the years go by, the popularity of this ‘bat and ball’ game continues to increase at a burgeoning rate. This is evident in the massive number of fans, viewers, and bettors the Indian Premier League (IPL-cricket league) generates yearly, ranking among the most-watched league games in the world. This will soon be revealed again by the statistics of IPL 2022 betting as the tournament draws near.

Like in most sports throughout the world, the most famous sports events have always been connected with men. You’d agree that the Indian women’s cricket squad has always been overshadowed by their male counterparts. However, the table is fast turning as the women’s cricket team has witnessed a series of notable achievements in recent years. These current events are an indication that women’s cricket is fast gaining ground, and it’s just getting better.

Overall, women’s cricket has generated significant interest and attention in recent years. For instance, India as the first runner-up in the 2017 cricket world cup and being only a few runs from winning was a significant turning point for women’s cricket. Also, there are strong indications that the aftermath of this year’s (2022) edition of the ICC women’s cricket cup will result in more interest, attraction, participation, views, and a more extensive fan base for women’s cricket in the country. Although there is still a wide gap between men and female cricket at the moment, it is an undeniable fact that the latter is on a steady rise. Also, future predictions have suggested further growth in popularity in the coming years.

See also  Ashes, 2nd Test: It is a little bit of a trend, England's batting meltdown

In this article, we will explore how women’s cricket has started to soar in popularity.

The media has developed so much in recent years that it touches and influences almost every aspect of human life. Sports and the media have grown so deeply interconnected that it is somewhat difficult to discuss one without the other. Overall, the media has contributed significantly and positively to the growth of sports. Hence, the impact of the media on the current spike in the popularity of women’s cricket cannot be understated.

As with any other sport, financial investment is a significant factor in the development of women’s cricket, which has grown significantly over the last decade. This is evident in the considerable increase in the cash rewards attached to women’s cricket competitions internationally and nationally. A significant example is the 1.32 million dollars prize money that would be awarded to this year’s (2022) winner of the ICC women’s cricket world cup, which is twice the amount awarded six years ago.

Innovations and developments in women’s sport

Some of the modifications that have been introduced into women’s sports in recent years have helped a great deal in further bringing women’s cricket to the limelight. For instance, the introduction of the T20 format in 2004 sparked considerable interest and drew an increased number of spectators. Similarly, major league teams such as those in Australia have helped increase the popularity of women’s cricket by launching a comparable event to male leagues for women. Perhaps creating a women’s IPL will be the next smart move in taking women’s cricket to the next level in India.

Also, technological advancements have been instrumental in helping women’s cricket grow in India and the world at large. The advent of decision review systems, assessments of various game details, ball tracking systems, stats & data intelligence, etc., made possible through technological innovations, has gone a long way in making cricket more exciting and brilliant.

The continued rise in interest

Recent trends have indicated that women’s cricket has been gaining significant interest and attention lately. A good example is the whopping 80,000 fan-filled Melbourne Cricket Ground in the 2020 edition of the women’s cricket World Cup final which saw India lose to Australia in the semi-finals.

Also, the fact that young girls are inspired by their female cricketer idols and a growing base of cricket fans who appreciate the skill demonstrated by these players is a hugely positive outlook for the future of women’s cricket.

Women’s cricket has garnered quite significant attention and interest recently. Although it is not yet at an optimum level of growth, the recent developments are a positive indication of explosive future growth. Don’t forget to visit Parimatch for a fantastic betting experience.