Phnom Penh: Cambodia and the Philippines have pledged to broaden their cooperation in various fields during the post-Covid-19 era for mutual benefits, the Cambodian Foreign Ministry said in a statement.

The statement was issued on Friday after the third meeting of the Cambodia-Philippines Joint Commission for Bilateral Cooperation (third JCBC), which was co-chaired by Cambodian Deputy Prime Minister and Foreign Minister Prak Sokhonn and Philippine Foreign Secretary Teodoro Locsin on December 1-2 via video link.

“Both sides had in-depth discussion on issues of common interests and explored the potentials to expand and deepen the existing good cooperation in political-security, defence, trade and investment, agriculture and agribusiness, tourism, air-connectivity, culture, labour, education and vocational training, science, technology and innovation, health, and environment,” it said.

They also noted the vast potential and opportunity for economic cooperation between the two countries, it said, adding that they committed to further stimulating two-way trade and investment through the arrangement of more joint trade events, Xinua news agency reported.

“The two sides welcomed the virtual signing of the Memorandum of Understanding (MoU) between Cambodia Chamber of Commerce (CCC) and the Philippine Chamber of Commerce and Industry (PCCI), aiming to increase trade and investment between both countries,” the statement said.

On the tourism sector, the two sides underscored the importance of the the ASEAN Tourism Forum 2022 to be held on January 16-22 in southwestern Cambodia’s Preah Sihanouk province, which will focus on reopening the region in a more resilient, sustainable and responsible recovery.

“The Philippine side announced that the Philippine Airlines will be operating direct-flights weekly between Phnom Penh and Manila next month,” the statement said.

The two countries also expressed their commitment to strengthen coordination and continue supporting each other in regional and international fora, particularly within the Association of Southeast Asian Nations (ASEAN) and the UN frameworks, it said. 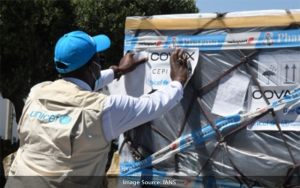