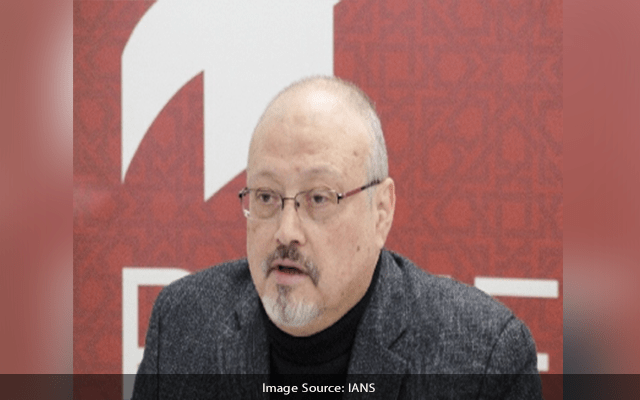 Ankara: Turkish Justice Minister Bekir Bozdag said he will accept a local prosecutor’s demand to transfer a case against suspects in the killing of journalist Jamal Khashoggi to the Saudi authorities, as Ankara seeks to mend ties with Riyadh.

“We will send a positive opinion on the transfer of the case. When the file is transferred, Turkey will stop the case and the trial will continue in Saudi Arabia,” Xinhua news agency quoted Bozdag as saying to reporters.

The transfer of the proceedings does not abolish the jurisdiction of Turkish courts, he noted.

During the trial, a red notice was issued for 26 people and the extradition of 20 people was requested, but all requests were denied, the Minister said, adding Saudi Arabia demanded the proceedings in Turkey be stopped and transferred to its authorities.

Since all the suspects are abroad, the court asked the Justice Ministry for an opinion on this issue, Bozdag noted.

On Thursday, the Turkish prosecutor leading the case demanded an Istanbul court to stop proceedings against suspects in the killing of Khashoggi, hinting that the case should be handed to Saudi judicial authorities.

The judges of the court then decided to ask the opinion of the Justice Ministry regarding the possible transfer of the case to the Saudi authoritiesy.

Khashoggi, a columnist for The Washington Post, was murdered inside the Saudi consulate in Istanbul in October 2018, leading to the arrest of a number of senior Saudi officials in connection with the case.

The relations between Turkey and Saudi Arabia significantly strained after the murder of the Saudi journalist, as Turkish officials alleged that Khashoggi was killed by a team of Saudi agents.

Ankara has been recently seeking to restore ties with Riyadh and other Gulf Arab countries.