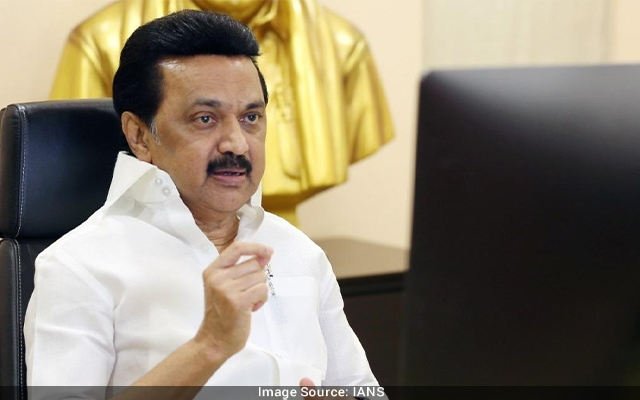 Chennai: Tamil Nadu Chief Minister M.K. Stalin on Saturday November 27 met Governor R.N. Ravi and urged him to forward the Bill seeking exemption from the medical entrance exam to the President for his assent.

The Tamil Nadu Assembly in September passed the bill seeking an exemption from the National Entrance-cum-Eligibility Test (NEET) and making admissions to medical colleges based on the Plus-2 marks scored by the students.

The Tamil Nadu Admission to Undergraduate Medical Degree Courses Act-2021 and it was passed by voice vote.

This is the second time a bill for such a purpose was passed in the Assembly. A similar bill was passed by the assembly during the AIADMK regime which did not get the President’s assent.

Stalin along with two ministers and officials called on Ravi at Raj Bhavan and urged him to forward the Bill to President Ram Nath Govind.