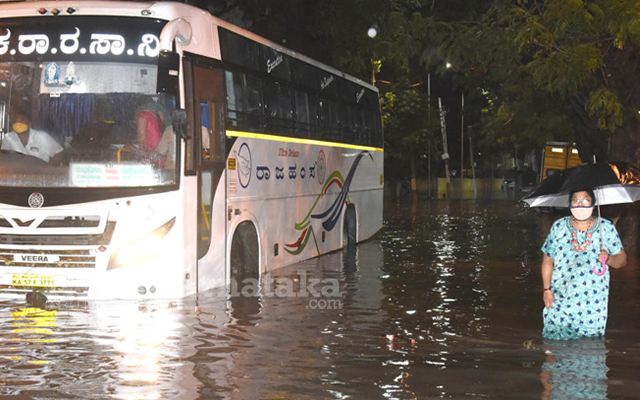 Bengaluru: Friday evening showers disrupted normal life across the city on April 23.  The traffic jam caused by the flood water was cleared only by the wee hours of Saturday April 24.

The rain started around 6 pm accompanied by thunderstorm and due to the water clogging in many areas, artificial flood was reported in many places. Power disruption was also reported from many areas.

The worst hit areas are in the North Bengaluru region including Malleshwaram, Peenya, Rajajinagar, RT nagar, Yesvantpur and so on.

Thousands of people who had arrived in the city bus stand and railway station to return to their native places were faced with inconvenience due to the rain. Many buses were stuck in the flood water adding to the woes of the passengers.