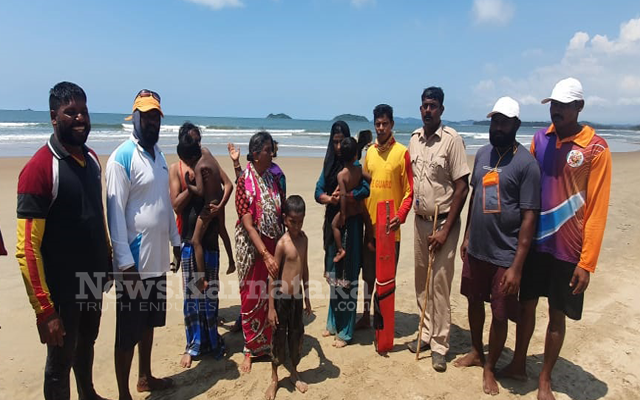 Karwar: Lifeguards and Tourist Mitra staff have rescued the lives of six children from drowning in the sea.

The incident has occurred here in Ravindranath Tagore Beach on Monday October 4, where 13 tourists from Hubballi arrived here for a picnic.

After participating in water sports the kids were playing on the seashore. The lifeguards had warned parents not to let the kids go near high waves. But, the children while playing have gone forward and drowned in the sea.

Immediately, the lifeguards rescued the six children. The children had fallen unconscious as they had swallowed water in large quantity. The first aid was given to them and their condition is said to be fine.