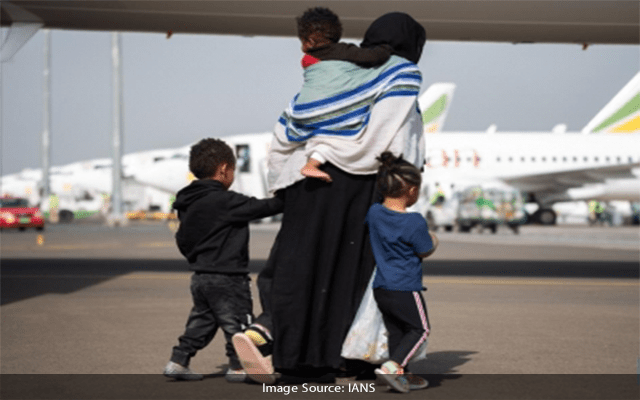 Addis Ababa: Ethiopia has repatriated around 35,000 nationals from Saudi Arabia in the past two months, an official said here.

Speaking to local media, State Minister of Government Communications Service Selamawit Kassa said the government has been able to repatriate tens of thousands of Ethiopians from Saudi Arabia in a series of airlift operations between March 30 and the end of May, reports Xinhua news agency.

“The Ethiopian government is providing mental counseling services as well as other types of assistance to help Ethiopian returnees successfully integrate back into their home communities,” Kassa said.

“However, the repatriation figures for our citizens over the last two months have only met 35 percent of our original repatriation target numbers.”

The Minister also disclosed the Ethiopian government plans to scale up diplomatic efforts to return home the remaining nationals living in difficult conditions in the Middle Eastern country in the coming months.

He called on the Ethiopian public to help in the government’s efforts to crack down on human trafficking networks, while urging parents to teach their kids about the danger of illegal migration, encourage them to make use of domestic economic opportunities, as well as make sure their kids use legal routes for migration.

According to the Foreign Ministry, more than 750,000 Ethiopians are living in Saudi Arabia, 450,000 of them without proper documents.

Estimates suggest that thousands of Ethiopians are trafficked to the Arabian Peninsula via Djibouti and war-torn Yemen every year, risking imprisonment and killings along the way.

In recent months, Ethiopia has stepped up efforts to take back its citizens stranded overseas, mainly in Saudi Arabia, as part of the government’s “citizen-centred diplomacy”.

The government is also working to dismantle sophisticated human trafficking networks and create economic opportunities for nationals with low incomes.