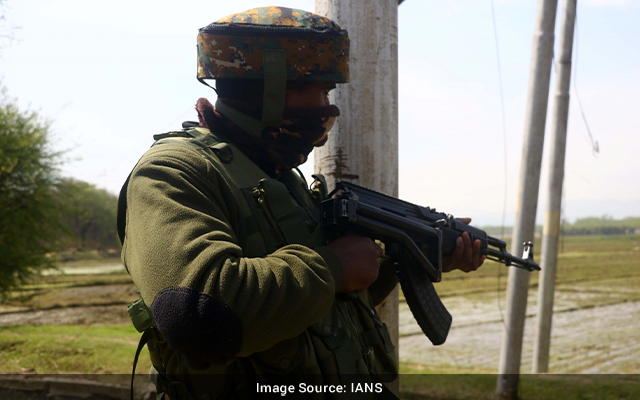 The firefight between terrorists and security forces took place after a joint team of the police and the army cordoned off the area and launched a search operation on the basis of specific information about presence of terrorists.