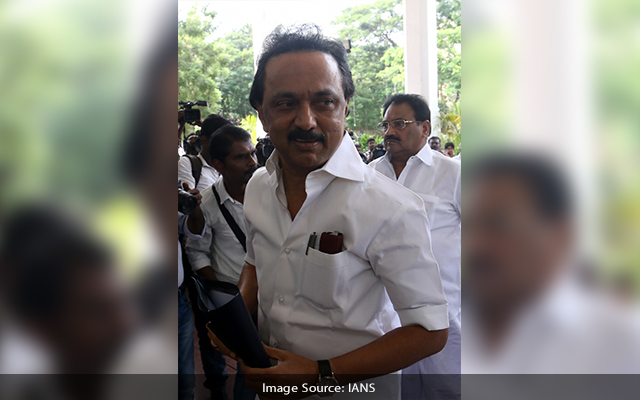 Chennai: Tamil Nadu Chief Minister M.K. Stalin is likely to call a meeting of all political parties having representation in the state Legislative Assembly to hit common ground against the proposed draft Bill on Postgraduate Medical Education Regulations.

Stalin on Saturday wrote a strong letter to Union Health Minister Mansukh Mandaviya objecting to the draft on the grounds that they would undermine the role of the states.

Sources in the DMK told IANS that the Chief Minister is planning an all-party meet against the draft in the first week of August to follow up on his letter to the Union Health Minister.

The Tamil Nadu Chief Minister had in the letter said that the proposals of the draft would undermine the role of the states in the admission of students under their own state quota.

Stalin in the letter said, “It is unfortunate that such draft regulations have been formulated without a proper understanding of the current predominant role of state governments in this domain”.

Sources in the DMK also said that after the all-party meeting, the Chief Minister wishes to have a meeting with non-BJP ruled state Chief Ministers to bring up a common platform to raise objections against the draft on Postgraduate Medical Education Regulations.

The Chief Minister’s office will circulate a copy of the draft and the objections against it to all the political parties and will prepare a ground for the parties to reach a consensus on the issue. The DMK will also raise the issue politically and would conduct a campaign among the public that the Central government was trying to take away the state’s powers.