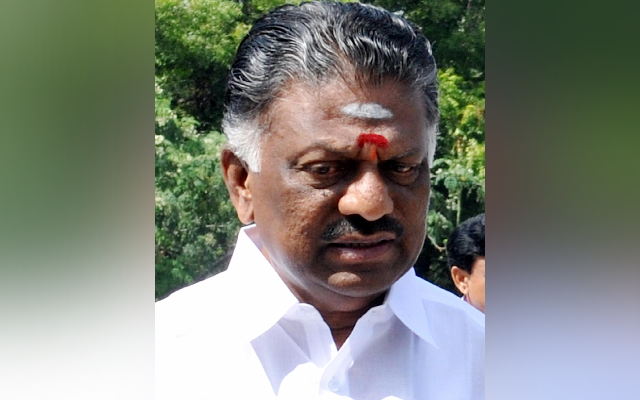 Sources close to him told AIANS that the meeting is part of his move to understand the pulse of his close supporters from across the state on the incidents that took place during the AIADMK general council meeting where he was booed and heckled by the other faction.

OPS is planning to undertake a statewide Yatra in which he will meet the party cadres and gauge the mood on the recent moves by the Edappadi K. Palaniswami (EPS) faction to take over the party thereby bringing to an end the dual leadership of the party.

The recent general council meeting held at Vanagaram in Chennai had led to AIADMK appointing A. Tamilmagan Hussain as the presidium chairman of the party after OPS and his associates walked out of the meeting. The party has also rejected all the 23 resolutions that were moved by the OPS faction as he was the party coordinator.

The supporters of OPS are of the opinion that EPS was trying to run the party like a company and not as a democratic outfit and that they would oppose it.

AIADMK senior leader and former MLA, Kovai K. Selvaraj while speaking to IANS said, “EPS is trying to take over the party by back-stabbing OPS and others close to him. He wanted OPS to save the party when 18 MLAs had switched localities to Sasikala and joined the AMMK. Now they want to push OPS out who saved the party. We will never allow that.”

Selvaraj also said that if the posts of coordinator and joint coordinator, which are held by OPs and EPS respectively ceased to exist, then all other posts that are in existence in the party, including general council members are also not there.

OPS, according to insiders, will be chalking out the modalities of his statewide Yatra on Sunday after meeting his close associates and supporters.

The AIADMK is facing an unprecedented scenario with the BJP also trying to wriggle into the space that will be vacated if AIADMK faces a split and is in a wait and watch condition.