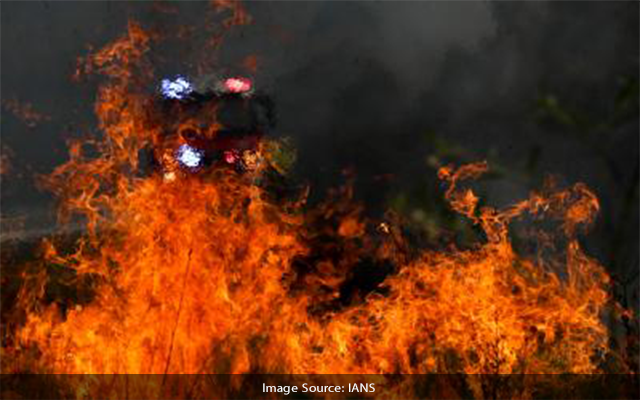 Belagavi: Tensions rose in Goundawad village, with an angry mob torching several vehicles following the murder of a village leader on Saturday June 18.

Satish Patil, was killed in a fight over parking space. According to sources, the murder was the result of a fight over a long-running temple dispute.

A car and several two-wheelers were set on fire by the angry mob following the killing. Later, the Fire Department arrived and doused the fire. Meanwhile, the area’s security has been tightened by the police. DCP Ravindra Gadadi and other senior officers visited the spot.